The importance of being Nivin Pauly

Days in Aluva have the feel of one “exciting” long afternoon. The reason is simple, as we look from the backside of the famous Periyar Hotel; one can see the Aluva Lake and the iconic ‘canal’ where a portion of the super-hit movie Premam was shot. “Hundreds of people come here just to take pictures,” said Narayanan, a resident in Aluva.

“The film Premam has made this place famous, but more than that this is where our young superstar Nivin Pauly hails from,” he said, brimming with joy.

“Everyone who comes from faraway places only wants to know where Nivin Pauly stays,” he said. The commerce of the city is centred on the two sides of the road and in most of these shops you can find stories of Nivin’s empty boring afternoons before his journey into the big world of cinema.

I have been following Nivin, ever since Anjali Menon’s blockbuster movie Bangalore Days was released, but the young star was unstoppable and every time I sent him a text on WhatsApp requesting for a meet-up, he apologised for the inconvenience due to his busy movie shooting schedules. But a relationship was established. As seamless as his acting on screen, we just connected.

From there, the journey of Nivin has been phenomenal. He didn’t take shortcuts to become successful. He made inroads by facing hurdles just like any other budding actor would have done. Nivin didn’t start acting in movies just to become popular. For him, cinema was a way of life.

Three years down the line, he has started his own production house and is arguably the biggest young superstar and the “most valuable star” when it comes to satellite rights.

Soon after the success of his film Action Hero Biju, which he funded, I texted him my congratulations. There was a long conversation. He happily shared with me the joy of being a producer and the issues he had dealt with. “Let’s meet-up sometime soon,” I told him. Then there was a long pause. 10 minutes later he replied. “Brother, how about meeting in Dubai next month?”

For me, taking a 40-minute flight to neighbouring Dubai is faster than a three-hour flight to Kochi, where Nivin currently resides. “Why not,” I replied. And we were on.

A car pulls up to the curb in a busy central district in Dubai, and out steps Nivin. There are crowds everywhere, but he cannot be recognised. With his long beard (that is now his signature style), and a cool cap, he is far from being recognised.

As soon as he spotted me, he came to me, hugged me with affection and took my two-year old son Advith in his arms. This is the friendship I have built with him over the years. Here is a star who is now a phenomenon among South Indian film lovers, and spends his precious time with my family in Dubai for no reason. It’s always been like that with Nivin. I may not see him often but when we meet, we use the usual tribal lingo with one another.

Nivin walks up and down the busy shopping mall in Dubai with me, with people walking past him without recognition. He is enjoying the midsummer warmth and the rare anonymity. “You know brother, I like it here, I have more freedom to do whatever I want and move around without any problems,” he said. “I enjoy that feeling; it is very different for me.”

As soon as Nivin spotted me, he came to me, hugged me with affection and took my two-year old son Advith in his arms. This is the friendship I have built with him over the years.

Nivin remains humble and warm, obliging and polite, and speaks in a soft voice. The meet-up was purely cordial, but the journalist in me cannot resist asking him questions.

The first question was about his calmness. He broke into a big smile. For the next hour, he was focused, but also open and at ease. He did not duck. He did not flinch. He did not look at his phone. Like a curious journalist I asked him many questions, both about his films and personal life. At the end of an hour, many questions still remained.

Back home in Kerala, of course, Nivin is an icon. His every movement and utterance is monitored by fans. “It’s tough to get him out for dinner these days. A lot of people want to get close to him to take a selfie or an autograph. That is the weight Nivin carries and I am extremely happy for him,” said his close friend and actor Aju Varghese.

“His career track is a result of lots of hard work and dedication. I must say his focus on work and priorities has taken him to places,” he explained. 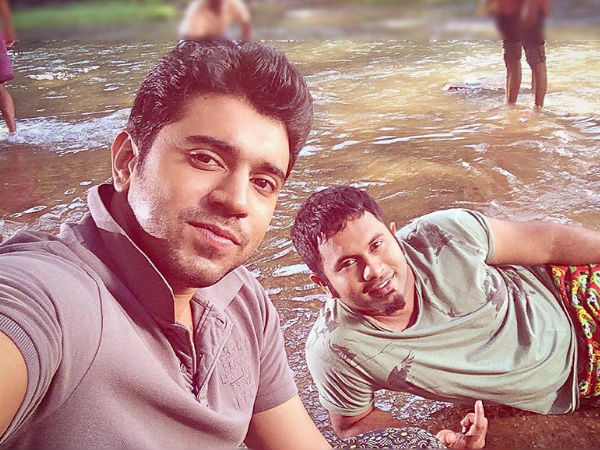 “Nivin’s career track is a result of lots of hard work and dedication. I must say his focus on work and priorities has taken him to places,” – Aju Varghese

Role-model for budding actors
For Aju, Nivin is more than a friend. “We have acted together in most of the films and he is a good friend, who stands with me whenever I need any kind of help,” he said. “As an actor, it’s a great comfort that he extends help whenever; I got to share the screen with him and I feel it has always complimented my character as I am a mediocre actor, so I need this kind of support always,” he added.

Popular South Indian actor Kunchacko Boban, who has acted with Nivin in many films, had this to say: “The first time I met Nivin was when he came to invite me for his wedding. I have worked with him in a few films, but I have seen him evolving as a superstar from close quarters and I am extremely happy the way he has reached this stage.”

For Chackochan (as he is fondly called as), Nivin is a textbook for budding actors. “The strain he takes, the hard work and the time he spends during each film, is quite inspiring for every actor. Even after reaching this height, he remains humble. This is something everyone, including young actors, should learn,” he said. 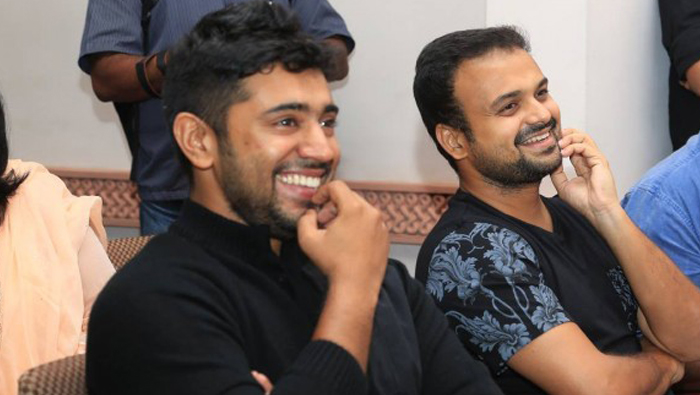 “The strain Nivin takes, the hard work and the time he spends during each film, is quite inspiring for every actor.” – Kunchacko Boban

In the neighbouring Tamil Nadu, where people eat, drink and sleep cinema, Nivin is a sensation. His film Premam ran close to 300 days in several multiplexes in Chennai and according to industry reports, he has signed as many as four films to make his foray into Tollywood. Nivin is truly the man of the moment. Just a month ago, cricket legend Sachin Tendulkar, who owns the popular Indian Super League football team Kerala Blasters, chose him as the team’s brand ambassador.

For someone who has brought immense excitement to South Indian cinema, Nivin is more than an inspiration. As he turns 32 on October 11, the star has already become a brand. From an electronics and communications engineer to an Infosys employee in Bangalore, to the biggest sensation in Malayalam cinema today, Nivin has shown how passion and perseverance can take you places. Happy Birthday, Nivin Pauly!